Celebrations in Streets of Gaza as Open-ended Ceasefire Announced 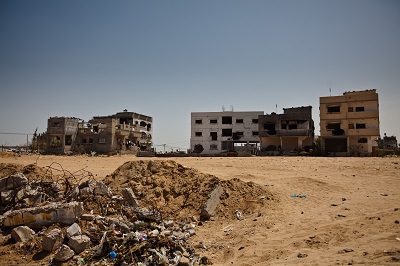 An open-ended ceasefire announced last night between Israel and the Palestinian group Hamas led to celebrations in the streets of Gaza Tuesday, where people have been under constant bombardment and drone surveillance for the past seven weeks.The ceasefire is meant to lead toward the continuation of talks to address Palestinian demands in the Gaza Strip, but Hamas has declared it a ‘victory for the resistance’.

The ceasefire comes after seven weeks of bombardment in which Israel dropped thousands of bombs on Gaza. The explosive power of the bombs were equal to the U-S atomic bombing of Hiroshima, according to military analysts.

Over twenty-one hundred Palestinians were killed by the Israeli bombardment, around five hundred of whom were children. Four Israeli civilians, including one child, and sixty four Israeli soldiers were killed in the assault on the Gaza Strip which began on July 8th.

Moussa Abu Marzouk, an exiled leader of Hamas, wrote, ‘The negotiations [have ended] with an agreement which embodies the resistance of our people and a victory for the resistance.’

Negotiations will begin next month on the possible re-opening of Gaza’s seaport and the release of prisoners re-arrested in June and July who had been released two years ago.

The public terms of the Egyptian ceasefire deal as it stands, however, appear to be similar to the conditions of the ceasefire deal that ended a week-long Israeli invasion in 2012.