Palestinian Dies Of Wounds Suffered During The War On Gaza 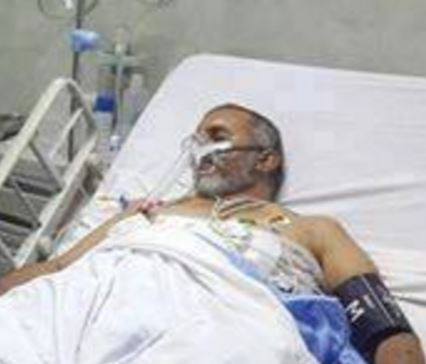 Medical sources in the Gaza Strip have reported that a Palestinian man died, Wednesday, of wounds suffered during Israel’s war on the besieged and impoverished Gaza Strip.The sources said resident Nasser Abu Maraheel, age 40, from the Nusseirat refugee camp in Central Gaza, died at a Palestinian hospital in occupied Jerusalem.

The man suffered a serious injury when the army bombarded homes in Nusseirat on July 25, causing dozens of casualties.

Around 50 Palestinians were killed and dozens injured, some seriously, on that day.

Dr. Ashraf al-Qodra, spokesperson of the Ministry of Health in Gaza said 2052 Palestinians have been killed by Israeli missiles and shells during Israel’s aggression on Gaza.