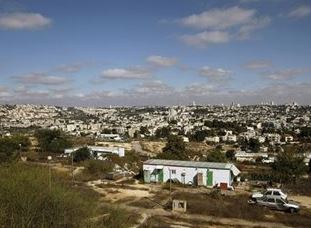 It would also be announcing construction bids in local Israeli newspapers.

Following the Israeli announcement, a number of European countries denounced the plan, and expressed concern about the Israeli move, as it places more obstacles in front of the ongoing efforts to resume direct peace talks between Israelis and Palestinians.

Israeli Army Radio said the timing of the plan is very problematic as it was made just before the planned meeting between Israeli Prime Minister Benjamin Netanyahu and U.S. President Barack Obama, and amidst European statements, warning that this move affects the outcome of two-state solution talks and the future of Jerusalem.

The Jerusalem City Council claimed that the issue here is a matter of “bureaucracy’, and “has nothing to do with politics”, adding that the actual construction will not start any time soon, and that “some of the units will be designated for Arabs”.

Israel’s settlements in the occupied West Bank and in occupied East Jerusalem are illegal under International Law and the Fourth Geneva Convention.

Settlements are largely built on privately owned Palestinian lands, illegally confiscated from the Palestinians, while other settlements are built on areas dubbed by Israel as “State Land,’ yet, they are all in the occupied West Bank, and occupied Jerusalem, therefore, they cannot be legally “state-owned lands.”

Settlements and the Annexation Wall isolated entire Palestinian communities, led to significant losses of agricultural lands and orchards, while large areas of lands, still owned by the Palestinians are now isolated behind the Wall.

Back in May of this year, Israeli “Construction and Housing” Minister Uri Ariel of the extremist Jewish Home party, member of the coalition government, said settler population in the West Bank and Jerusalem will witnesses a significant increase.