Israeli Military Officer: Upcoming War on Gaza Will Be Even Greater 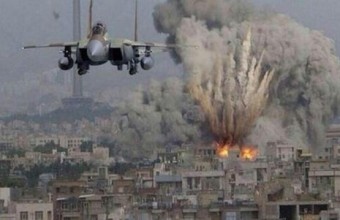 An Israeli military officer recently stated that ‘the upcoming war on Gaza will be greater, and will down more victims,’ Israeli sources say.According to the PNN, Eyal Eizenberg, Israeli Occupation Army Home Front Command, said during a lecture at the Institute for National Security Studies (Tel Aviv University), that ‘the recent assault on Gaza is not at all similar to the upcoming war that the Israeli army is preparing for.’

He added that ‘the future war will require stronger abilities and more sacrifices to pay a bigger price.’

Finally, he stated that ‘the main lesson we got from the Gaza assault was represented in the necessity of readiness of the home front, and the ability to provide services to the people in cases of emergency.’

Al Ray reports that a recent Israeli public opinion poll showed that 74% of Israelis now prefer political settlement with Palestinians rather than a military one.

Over 2, 000 people were killed in the latest Israeli assault on the Gaza Strip, most of whom were civilians, and nearly 600 of them children. Some 11,000 were seriously inured, with many scarred and even maimed for life.

An independently sourced photo collage of the devastation is linked below. (Content is extremely graphic in nature.)