Arab League Calls On US Not To Veto Palestinian Bid 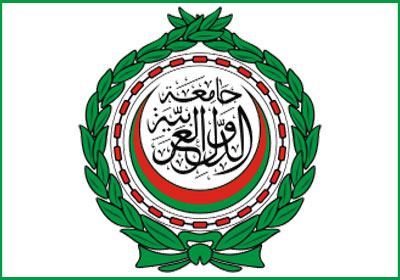 The Arab League reiterated its support to the upcoming Palestinian bid at the United Nations Security Council, demanding ending the Israeli occupation, and called on the United States to refrain from using its veto power to topple the move.
Head of the Palestine and Occupied Arab Territories Committee at the Arab League Mohammad Sbeih stated, Wednesday, that Palestine would be heading to the Security Council with full Arab support, based on a previous resolution approved by the Arab League.

Sbeih added that the Palestinian bid is still being discussed and modified before it is presented in its final stage.

Commenting on the US criticism to the recent speech of President Abbas at the UN, Sbeih said the United States is criticizing, and allowing Israeli extremists to slam and attack Abbas, but is not suggesting any positive proposals or initiatives.

“We will see the US actions during the vote,” he said. “America has friends and interests in the Middle East; it should act as a fair mediator, with a clear policy.’

He also stated that Arab countries are asking the United States not to use its veto power at the Security Council, especially since Washington has used its veto 43 times against resolutions that could have provided protection and liberation to the Palestinians.

Sbeih further stated that the United States should take a positive stance that every country in the region, including the Israel, would adhere to, a stance which respects International Laws, regulations, and all related resolutions.

“We will just have to wait and see,’ he added. “We will not declare positions and stances before the vote is concluded.”