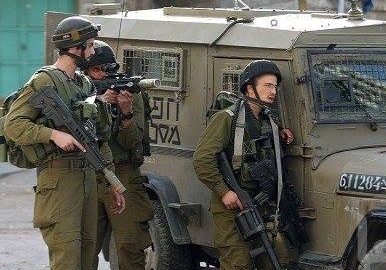 Palestinian Medical sources have reported that a young man was shot by Israeli army fire, after a number of military jeeps invaded the Jenin refugee camp, in the northern part of the occupied West Bank.The sources said a young man, identified as Mohammad Mofid Abu Khorj, was shot by a live round to his leg, while many suffered the effects of teargas inhalation.

Eyewitnesses said that the soldiers broke into and searched dozens of homes in the camp, and one shop, forcing families out of their homes for hours while ransacking their properties.

In related news, soldiers beat a young disabled man identified as Suleiman Ibrahim ‘Amer, and used a number of youngsters as human shields while invading homes and neighborhoods in the camp.