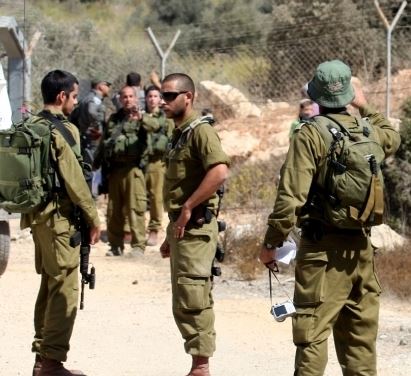 Israeli soldiers invaded, Thursday, the village of Kherbit Safa, near the southern West Bank city of Hebron, broke into and searched several homes, and took pictures of the families, and their ID cards.Coordinator of the Popular Committee against the Wall and settlements in Beit Ummar, Mohammad Awad, said the soldiers violently searched several homes in Kherbit Safa, west of Beit Ummar, and forced the families to hold their ID cards close to their face, and photographed them.

Awad added that the soldiers forced the families to fill some forms that include their information, number of rooms, and other info, before handing the families a statement issued by the regional military commander in Etzion base.

The statement is practically a threat to the families; informing them the army would act harder and conduct more invasions “should the Palestinians carry out attacks against nearby settlements.”

In addition, soldiers installed various roadblocks leading to towns and villages, south of west of Hebron, stopped and searched dozens of vehicles, and investigated the ID cards of the passengers.