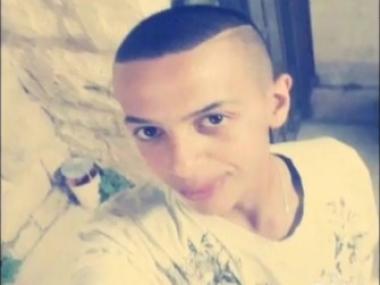 The Israeli Regional Court in occupied Jerusalem has decided to open its court sessions for the case of murdered Palestinian teen Mohammad Abu Khdeir to the public, but kept the gag order on the identity of underage Israelis involved in his brutal torture and murder.Israel initially only allowed the immediate family of Abu Khdeir to attend the deliberations, and kept sensitive details from reaching the public.

The latest court session was held in August, while the family of Abu Khdeir said, then, that they do not trust Israel’s legal system, and threatened to seek justice in international courts to prosecute Israel for not punishing those responsible for the horrific crime.

Family lawyer Mohannad Jabara said that the court session was technical and superficial, only concerned in the request of defendants’ lawyers to release them until the end of deliberations.

Jabara said the only adult, 29 years of age, who stands accused of this brutal murder agreed to stay imprisoned until a verdict is read, while the underage suspects are demanding to be released under a different deal, including house arrest.

The court said it would look into the issue next week.

The adult, Yousef Hayim Ben David, confessed to the abduction of Abu Khdeir, and to burning him to death after torturing him.

Israeli investigators believe that Ben David, and two minors, carried out the abduction and murder, and that he drove Abu Khdeir to a forest, after abducting him in front of his home.

He then struck him to the head using a wrench before continuously kicking him and, then, burning him using fuel that was also poured down his throat.

Lawyers of Ben David are alleging that he has mental issues and, therefore, was not aware of what he was doing.

However, the circumstances and evidence prove that he was fully aware of his actions, especially when taking into consideration all aspects of the crime, the abduction, the accomplices and the locations of both the abduction and murder.

The crime led to extensive protests in different parts of occupied Jerusalem, and extended to the occupied West Bank.