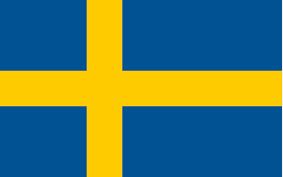 The Palestinian Liberation Organization (PLO) welcomed the Swedish recognition of Palestine as a state, in coherence with International Law and all related Unites Nations resolutions.Dr. Hanan Ashrawi, member of the Executive Committee of the PLO, said the Swedish declaration represents a clear commitment to justice and real peace based on the two-state solution.

Dr. Ashrawi added that Sweden is a country that respects human rights, all principles of justice, and its decision is an affirmation of the country’s commitment to the Palestinian legitimate rights of liberty, and comprehensive peace.

She further stated that trying to link the recognition of Palestine with the outcome of direct talks with Tel Aviv is not different from granting the illegitimate Israeli occupation all the legitimate Palestinian rights.

Her statements were referring to the United States, and a few other countries, including Israel, trying to obstruct all Palestinian political moves at the United Nations and the Security Council.

“Such stances contradict the very core of the United Nations,” she said. “This includes UN’s commitment to international peace and stability.”

On Friday, September 27, Palestinian President Mahmoud Abbas submitted a bid to UN Secretary-General Ban Ki-Moon, meant for a full Israeli withdrawal from the occupied West Bank, the Gaza Strip and occupied East Jerusalem, so that the Palestinians can establish their independent state. http://www.imemc.org/article/62097

138 countries around the world have recognized Palestine as a state; this includes Brazil, South Africa, Chili, Russian, Vatican, Argentina, India and China.

The United States responded by blocking funds to the Palestinian Authority, and to some UN organizations.

Arab League Calls On US Not To Veto Palestinian Bid
http://www.imemc.org/article/69284

Abbas: “We Will Join ICC Should Our Sec. Council Bid Fail”
http://www.imemc.org/article/69274