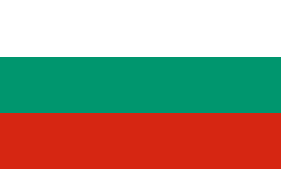 A high-ranking Bulgarian official, on Monday, condemned new Israeli settlement plans and confirmed that his country would be attending the Gaza reconstruction conference.Bulgarian Deputy Foreign Minister Valentin Poriazov confirmed that a Bulgarian delegation will attend the Gaza reconstruction conference to be hosted by Cairo on October 12, WAFA Palestinian News & Info Agency reports. The delegation will be headed by Bulgarian Foreign Minister Daniel Mitov.

During a meeting with Palestinian Ambassador to Bulgaria, Ahmad al-Madbuh, Mr. Poriazov expressed his country’s condemnation of recent Israeli plans to construct 2,610 settlement units in the illegal settlement of ‘Givat Hamatos’, as well as that of the recent takeover of several Palestinian houses in East Jerusalem neighborhood of Silwan by Elad (Ir David) Association.

Poriazov called Israel to reverse its decisions, which jeopardize any prospects for realizing a two-state solution in the region, and to commit itself to achieving a peaceful settlement.

He additionally stated that his country will not recognize unilateral steps taken to change the pre1967 borders, including changes in occupied East Jerusalem, outside of those agreed upon by the parties.

He also stressed that to upgrade his country’s relations with Israel would be contingent upon Israel’s commitment to make peace based on that two-state solution.