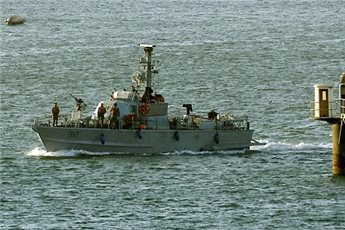 Israel is planning to fully or partially privatize a number of state-owned companies, in a move reportedly aimed at ‘boosting efficiency, reducing the national debt and fighting corruption’.According to AFP, the decision, which was approved by the ministerial socio-economic cabinet, is expected to add 15 billion shekels ($4.07 billion) to state coffers over the next three years, Israel’s finance ministry stated on Sunday.

Minority stocks are to be issued for firms ‘in which the state has an interest in retaining long-term governmental control’, to include Israel’s electricity corporation, aviation, trains, water, mail and natural gas industries.

It will also sell companies in which it has ‘no long-term interest,’ such as the Ashdod and Haifa ports, a modified and declassified military industry (with the state retaining the right to determine the ownership), the Dead Sea Works and others.

Prime Minister Benjamin Netanyahu stated that the ‘reform’ will ‘increase the state’s income and enable greater transparency in government companies.’

Finance Minister Yair Lapid deemed the move ‘an additional measure to end the politicization of companies and reduce corruption in them.’

PM Netanyahu presided over a number of privatizations while he was himself finance minister, some 10 years ago.

One economics expert said, however, that the companies sold off back then were ‘easy’ compared to those currently on the list.

‘I can’t see these things going ahead,’ said Michael Beenstock of the Hebrew University’s economics department, noting that powerful unions at Ashdod port and in the electricity company have prevented any reform or change for decades.

While Lapid and Netanyahu may be successful in privatizing some smaller estate enterprises, the electricity corp and Ashdod port are ‘not going to take this lying down’, he said.

‘To break these things you have to put the country into misery for a long time’ …Netanyahu and Lapid are ‘not going to do it.’