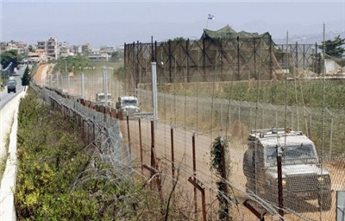 Lebanon’s Hezbollah movement, on Tuesday, claimed a bomb attack on the ceasefire line between the two countries which wounded two soldiers.According to AFP, the group said in a statement that Hezbollah fighters ‘detonated an explosive device on the Shebaa hills against a motorized Israeli patrol causing a number of injuries among the occupation’s soldiers.’

The group additionally stated that the attack was carried out by the ‘martyr Hassan Ali Haidar unit’, named for a member who was killed on Sept. 5 when an Israeli listening device was detonated remotely as he tried to dismantle it, in Lebanon.

Israel confirmed that two soldiers were wounded in the explosion, with an army spokeswoman saying that the attack took place ‘on the Israeli side of the border.’

On Sunday, Israeli troops shot and wounded a Lebanese soldier along the so-called Blue Line. However, Tuesday’s incident was the first time Hezbollah has carried out an attack against Israeli forces in the area since a bombing in March which caused no casualties. Hezbollah claimed responsibility for that attack the following month, saying it was ‘part of the reply’ to Israeli air strikes against the group’s positions in Lebanon.

The Blue Line was drawn up as a border by the UN, in 2000, after Israeli troops withdrew from the region, ending a 22-year occupation of southern Lebanon. Yet, in 2006, a war between Hezbollah and Israeli troops broke out, killing more than 1,200 people in Lebanon, mostly civilians, and some 160 Israelis, mostly soldiers.