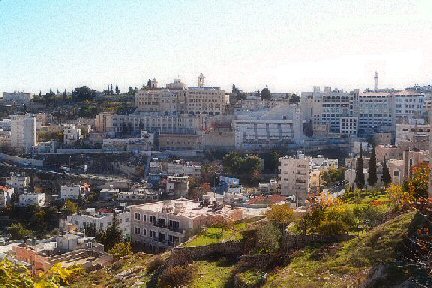 Israeli soldiers, on Tuesday, abducted three Palestinian youth, including two brothers, during predawn raids near the occupied West Bank city of Bethlehem, according to reports by security sources.An Israeli army unit stormed Hosan, west of Bethlehem, where they took two brothers, ages 18 and 20, following a raid on their family home. The army further stormed the nearby village of Taqu, raided and searched a house, and arrested a youth, age 25, WAFA reports.

Near the village of Taqou, east of Bethlehem, an Israeli settler ran over a Palestinian teenager, on Tuesday.

Seventeen-year-old Moath Gazal reportedly sustained multiple bruises and injuries throughout his body, after an Israeli settler ran him over while driving near Taqou.

The youth was transferred to hospital for medical treatment, where his case was described as moderate.