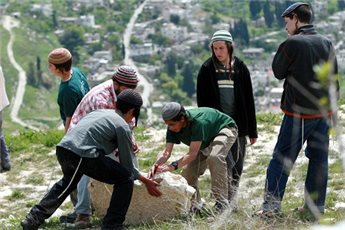 Dozens of Israeli settlers damaged Palestinian-owned water wells in the Khirbet Samra area of the Jordan Valley, a local official said on Wednesday.Aref Daraghma, head of a local village council, told Ma’an News Agency that dozens of Israeli settlers who gathered to celebrate the Jewish holiday of Sukkot damaged more than seven wells in the al-Malah area of Khirbet Samra.

The Jordan Valley is within the 61 percent of the occupied West Bank under full Israeli military control known as ‘Area C’, Ma’an reports. The area comprises the only contiguous piece of land connecting 227 Palestinian residential communities in areas A and B, as well as about 150,000 Palestinian residents.

Every year there are dozens of attacks by Israeli settlers on Palestinians and their property in the occupied West Bank, but these crimes are rarely prosecuted and are often facilitated by Israeli authorities.

More than 500,000 Israeli settlers now reportedly live in illegal settlements across the West Bank and East Jerusalem, in direct violation of international law.