MADA: Over 80% of Palestinian Journalists Self-Censor 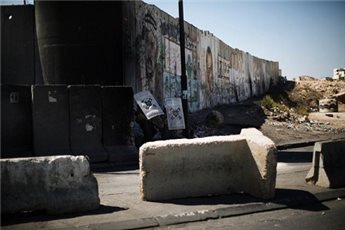 The Palestinian Center for Development and Media Freedoms (MADA) released a report, on Thursday, estimating that over 80 percent of Palestinian journalists were engaged in self-censorship.The group released a report of its findings following two studies, along with a meeting on self-censorship and its impact on freedom of expression and media in Palestine, according to Ma’an News Agency.

Mousa Rimawi, general director of MADA, said that self-censorship is the most ‘serious and dangerous kind of censorship’ journalists face, noting that the practice began during the Israelioccupation prior to the establishment of the Palestinian Authority.

Mr. Rimawi said that direct censorship by Israeli authorities during the First Intifada, in the late eighties, led to self-censorship among Palestinian journalists as media outlets used different methods of skirting Israeli restrictions on media output.

Self-censorship continued after the creation of the PA, Rimawi said, and has escalated ‘concretely and dangerously’ since the 2007 split between Hamas and Fateh.

Ma’an further reports that, during a meeting entitled ‘Self-censorship: Is there a way to get rid of it?’, dozens of journalists and media students were presented with the results of two studies by MADA which revealed that some 80 percent of journalists surveyed practiced self-censorship on some or all of the material which they had written or produced.

Over 68 percent of journalists claim that their work, or their colleagues’ work, had been banned from being published, at one time or another, by their employer.

They also explained that the practice of self-censorship was related not only to official institutions, but also to fears that society and publishers are not willing to discuss taboo subjects.

MADA released a statement, in December of 2013, which documented ‘worrying violations’ against media freedoms in the occupied West Bank and the Gaza Strip.

The report noted several arbitrary arrests of journalists by PA forces in the West Bank, as well as Hamas security forces in Gaza.