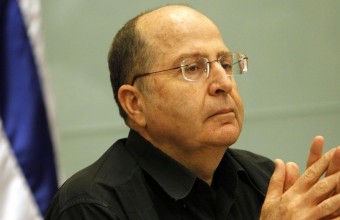 Israel’s Deputy Prime Minister, Moshe Ya’alon, outlined the nature of official Israeli government policy in an interview with Israeli ‘Hayom’ newspaper on October 15th, 2014. The PNN extracts from his answers…- On the Palestinian State: ‘We need to free ourselves of the notion that everything boils down to only one option called a Palestinian state. As far as I am concerned let them call it the Palestinian Empire. I don’t care. It is an autonomy if it is ultimately a demilitarized territory. That is not a status quo, it is the establishment of a modus vivendi that is tolerable and serves our interests’.

– On the two-state solution: ‘Call it whatever you want. The political separation has already happened, and is a good thing. We are not controlling the lives of residents of Gaza or Judea and Samaria [i.e. Occupied West Bank]. This separation is important. I would encourage and reinforce governability, the economy and the residents’ ability to live in dignity and economic comfort. But to derive something so black and white from that? State or no state? Let’s put the terminology aside.’

– On Settlement freeze: ‘There is no construction freeze.’

This is the official policy of the Israeli government coalition, PNN further reports, a coalition which, in less than two years, has shown itself to be one of the most extreme in history.

Mr. Ya’alon has confirmed that the Israeli government does not seek a two-state solution, but rather a way to manage the situation. This has always been, and remains, the line of Netanyahu’s government.

In stark contrast to the positions of Palestine and the entire international community, the ruling coalition in Israel has made clear that it has no intention of seeing an independent state of Palestine alongside the state of Israel. Rather, the Israeli government aims to consolidate the occupation that continues to control the lives of the Palestinian people.