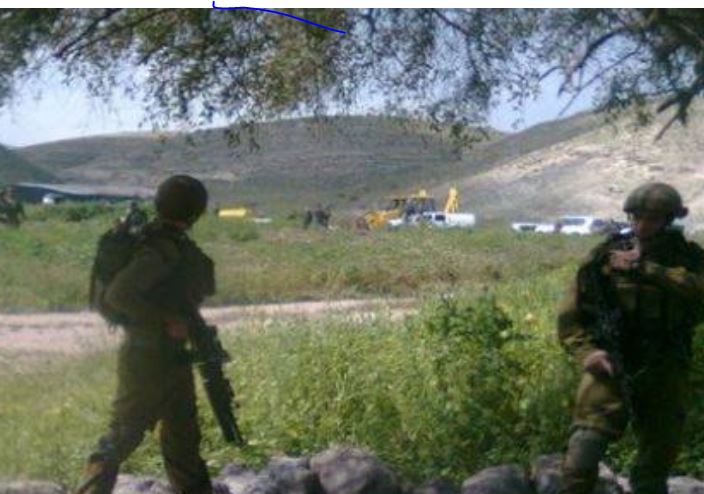 Israeli soldiers attacked, Saturday, dozens of Palestinian residents and international peace activists, and prevented them from rehabilitating an agricultural land in al-Harabala Hill, in Surif Town, northwest of the southern West Bank city of Hebron.Yousef Abu Maria, an activist with the Popular Committee against the Wall and Settlements, stated that the soldiers fired gas bombs at the residents and solidarity activists as they tried to plant the land, the Palestine TV has reported.

Abu Maria added that several persons suffered the effects of teargas inhalation, while a Palestinian identified as Firas Awad, suffered various cuts and bruises after being assaulted by the soldiers.

The army forced the residents and activists out of the Palestinian land, and threatened harsh consequences should they return.

The Hebron district is one of the most impacted Palestinian areas in the West Bank due to the high number of settlers living in Hebron city, and in different settlements built on Palestinian lands in various areas of the district.