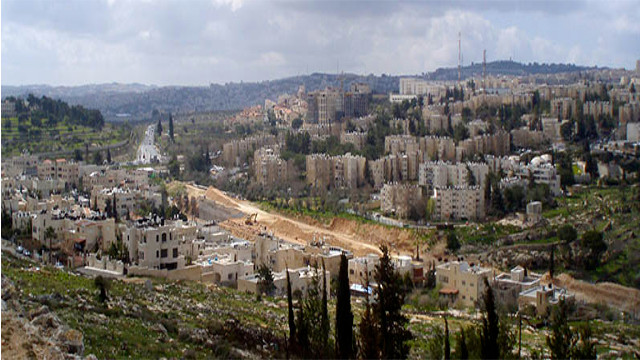 Big words were used in this latest dispute about Israel’s public announcement concerning construction of 2610 new housing units in Givat Hamatos. A US spokesperson said the decision would “distance Israel even from its closest allies” following a 1 October meeting of Obama and Netanyahu.

Netanyahu, apparently feeling publicly condemned beyond the usual level, angrily retorted that such criticism would be against “American values”, a statement that was again publicly countered by the White House spokesman. Meanwhile the EU foreign affairs representative, Catherine Ashton, also released a condemnation of the planned settlement expansion.

But as interesting as the new tone in diplomatic relations between Israel and the US might be to international media, actual changes on the ground are not expected. The Givat Hamatos settlement expansion plan was approved already in December 2012 and has been criticised ever since. Israel’s recent public announcement in a Jerusalem weekly on September 24 concerning Givat Hamatos followed the slow but certain passage of the expansion plans through Israel’s bureaucratic labyrinth.

“We cannot do anything”, Alaa Salman from the nearby Palestinian village of Beit Safafa, the last small village on the road between Jerusalem and Bethlehem, explains. He is one of the main organizers of the Beit Safafa protest against Israeli expansion in the area. Already encroached upon by the nearby Gilo settlement and the Separation Wall, Beit Safafa is also being destroyed from the inside by the construction a six lane highway right through it, a highway that will serve area settlements and connect between Bethlehem’s Gush Etsion settlement bloc and Jerusalem. Large protests in 2013 and the presentation of three alternative plans for the highway, including the construction of tunnels, did not change the situation. In January 2014 the Israeli High Court ruled the highway could be constructed as planned. An expanded Givat Hamatos would further enclose Beit Safafa. While there is currently no certainty concerning the planned area for Givat Hamatos expansion, the Washington Institute for Near East Policy notes that if “Israel builds at the southern end of Givat Hamatos, this could hinder Arab residents’ passage from Beit Safafa on the road to Bethlehem”.

Furthermore, if young couples are forced to leave Jerusalem because there is no space to build and the highway construction is destroying the village’s infrastructure, they risk loosing their Israeli ID cards, Salman explains. “We must save this village. But we are tired”, he answers, when asked why currently no protests are taking place against the highway or settlement expansion. Salman he does not believe the US and EU condemnations alone will change anything. “They don’t do anything to stop it and change the plans“, he remarks.

The current situation proves this correct. Only in July the EU foreign ministers jointly urged the Israeli administration “to halt continued settlement expansion, including East Jerusalem, especially in sensitive areas such as Har Homa, Givat Hamatos and E1.“ Since then first new plans to evict the Bedouin-Palestinians in the Jerusalem periphery, so called E1, were published by the Israeli Civil Administration in early September. The subsequent announcement regarding Givat Hamatos shows the irrelevancy of EU demands.

The general inefficiency of these condemnations is highlighted in a report by Oxfam in 2012. Between 2002 and 2012, 39 joint statements against Israeli settlement expansion were made by international governments and organizations. In this same period the number of settlers rose from about 377.000 to 500.000. In the face of these numbers and recent actions of the Israeli administration, the US threat of Israel’s isolation “even from its closest allies” seems less meaningful after all.