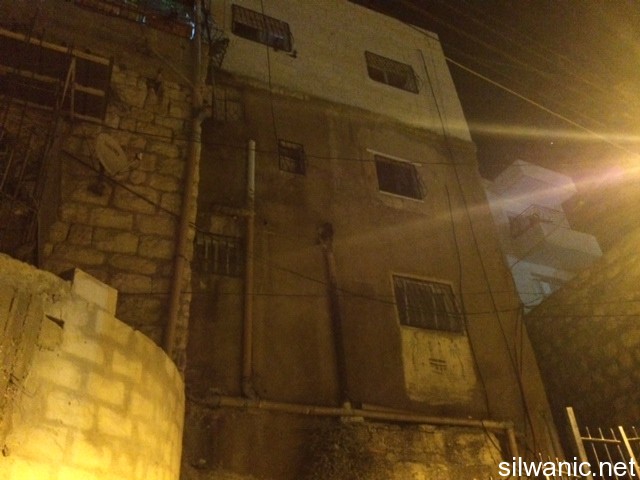 Dozens of armed Israeli settlers and soldiers occupied, on Monday at dawn, two apartment buildings and a land, in the Batn al-Hawa area, in Silwan town, south of the al-Aqsa Mosque in occupied Jerusalem.The two buildings consist of 10 apartments; the attack took place around 2 a.m., the Wadi Hilweh Information Center (Silwanic) said.

It added that groups of settlers invaded the Central neighborhood in the town, and took over the two vacant buildings, and the land.

The first building belongs to resident Salah Rajabi, while the second belongs to Omran al-Qawasmi. Each building consists of five apartments.

Silwanic said the families sold their buildings to a resident, identified as Shams ed-Deen Qawasmi, who is believed to be involved in underground deals with settlement groups.

The Rajabi building also has a piece of land estimated by 700 square/meters.

The families had to leave their apartments nearly four months ago.

Shams ed-Deen was also a renter of a flat in an apartment building belonging to Beidoun family, but the building was also leaked to the settlers, with his help, in August this year.

The Center said settlement groups, in cooperation with the Israeli government, are trying to fully control all Arab buildings in the Central neighborhood in Silwan, under several claims, including “state land” claim, and under Israel’s “Absentee Property Law,’ while a few individuals have sold their residencies to the settlers.

Local sources said the buildings belong to the families of Rajabi and al-Qawasmi, adding that the buildings seem to have been leaked to the settlers in illegal underground deals, similar what happened to an apartment building in the town. http://www.imemc.org/article/69265

Several years ago, the Elad right-wing fundamentalist settlement group, heavily supported by groups, mainly in the United States, managed to occupy a large Palestinian building in the same area, and turned it into a settlement outpost known as Bit Yonan settlement (the first settlement outpost in Silwan), and Beit al-‘Asal building that was taken over in 2004.

The settlers now have four illegal settlement outposts in the center of Silwan.

Quoting an Israeli Councilman of the Jerusalem City Council, Israeli Channel 7, Artuz Sheva said “the number of settlers in Silwan has doubled this morning.”