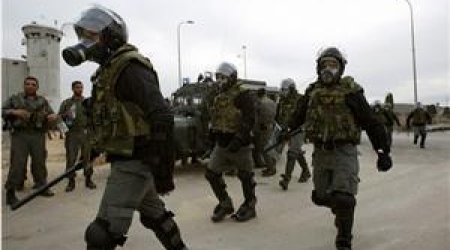 Israeli special forces broke into section five of Rimon prison, yesterday, as part of a regular abusive search campaign, according to the Palestinian Prisoners Studies Center.Al Ray reports that dozens of armed forces stormed the section amid an intense atmosphere of tension among prisoners.

PPS media spokesperson Ameena Taweel stated that forces searched and deliberately destroyed personal belongings of prisoners, adding that the unit also stormed the prisoners’ canteen room, ransacking the area and destroying its contents without any justification.

Al-Taweel denounced the repetitive campaign, deeming it a kind of sanction policy which Israeli Prison Service insists on exerting against Palestinian prisoners, with the aim of breaking their will.

The center is calling for legal and human rights bodies to act urgently and inspect the harsh conditions which Palestinian prisoners are forced to live in, and expose Israeli authorities for their crimes against them.