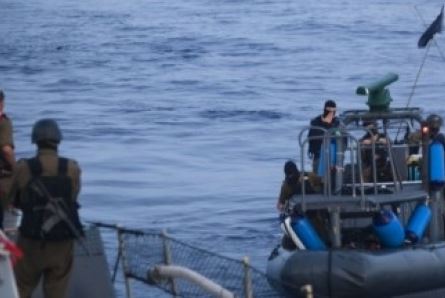 Israeli navy boats attacked, on Wednesday morning, a Palestinian fishing boat close to the Gaza shore in the Sudaniyya area, north of Gaza City.Eyewitnesses said the navy fired rounds of live ammunition at a boat belonging to members of Abu Bakr family, and kidnapped five of them.

The kidnapped fishermen were taken to an unknown destination.

Also on Wednesday, a number of fishing boats came under Egyptian navy fire near Rafah, in the southern part of the Gaza Strip.

In related news, the Israeli army kidnapped a Palestinian near a Kibbutz close to the Gaza border, east of the coastal region, and took him to an interrogation center.

There have been dozens of arrests of Palestinians looking for work in Israel, after they managed to leave Gaza through areas close to the border fence, or while trying to cross.