Two Palestinians Kidnapped Near Jenin, One Near Bethlehem 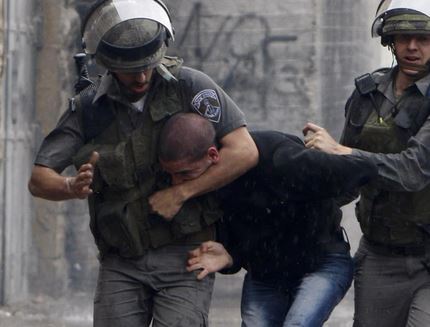 Dozens of Israeli soldiers invaded, on Wednesday at dawn, the northern West Bank city of Jenin and several nearby towns, and kidnapped two Palestinians. One Palestinian was kidnapped near Bethlehem.Soldiers also installed roadblocks, while a few Palestinians were injured after the army invaded Zabbouba village.

In Zabbouba town, several Palestinians suffered the effects of tear gas inhalation after the soldiers invaded the center of their town, and fired gas bombs and concussion grenades.

The soldiers broke into one home, and searched it, causing excessive property damage.

In addition, soldiers installed a roadblock between Zabbouba and Rommana villages, west of Jenin, stopped and searched dozens of vehicles, and interrogated the passengers while inspecting their ID cards.

In related news, a Palestinian from Bethlehem was kidnapped while trying to enter Jerusalem where he works. Eyewitnesses said the kidnapped, ‘Obeida Mohammad Sabateen, 21, is from Husan town, west of Bethlehem.