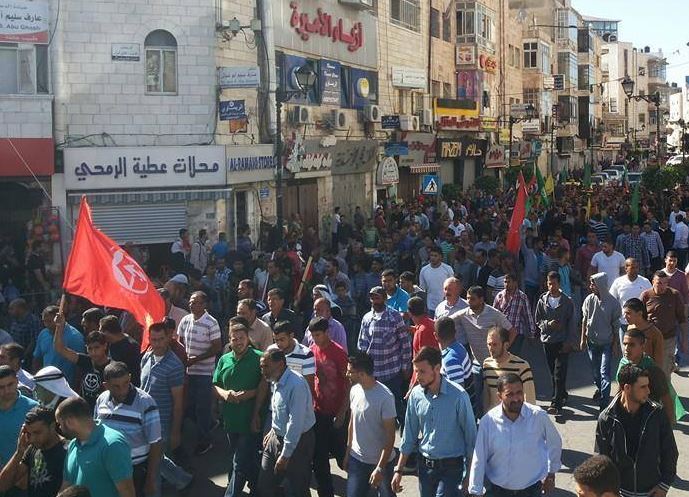 Thousands of Palestinians marched in the burial ceremony of slain teen, ‘Orwa Abdul-Wahab Hammad, who was shot and killed, on Friday, by Israeli army fire in Silwad town, east of the central West Bank city of Ramallah.Hammad was shot by a live round in his head, and died of his wounds in a local ambulance transferring him to the Palestine Medical Center in the city.

The soldiers tried to prevent Palestinian medics from reaching him.

Eyewitnesses said Hammad was shot in the head by an Israeli army sharpshooter at a close range, while the army alleged he “hurled tried to throw a Molotov cocktail at the soldiers.”

The soldiers held his body for a while, before eventually handing it over to Palestinian medics. The slain boy also holds an American citizenship.

At least five Palestinians were injured, four by rubber-coated metal bullets, and one with a live round, while many suffered the effects of tear gas inhalation.

The United States called on Israel to conduct an investigation into the fatal shooting.