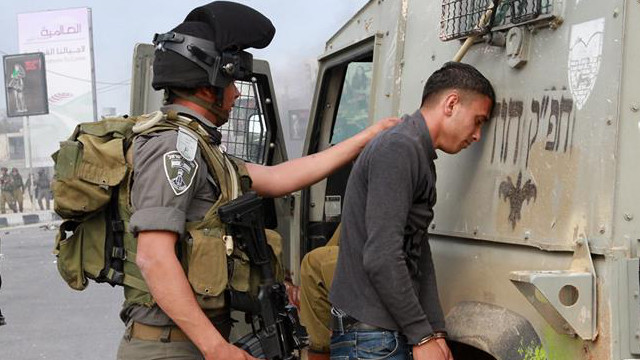 Israel has detained 900 Palestinians from East Jerusalem and pressed charges against 300 of them since the July 2 murder of East Jerusalem teen Mohammad Abu Khdeir, according to Israel’s public security minister.10/27/14 — The Alternative Information Center (AIC)

Israel’s Minister of Public Security, Yitzhak Aharonovich (Yisrael Beitenu), gave these figures to the Knesset’s Internal Affairs and Environment Committee Monday, according to the settler-affiliated news site Arutz 7. The powerful committee held a discussion about the security situation in Jerusalem, during which Jerusalem Mayor Nir Barkat called for creation of a special police force for areas in which clashes are prevalent. Barkat claimed that “Residents of the Arab neighbourhoods ask that we bring the police”.

At the request of Aharonovich and others, Israel’s State Attorney has issued directives to carry out arrests and toughen punishment for rock throwers, including possible fines for the parents of minors who throw rocks. Israeli Prime Minister Netanyahu further urged Monday that additional directives to substantially stiffen penalties for rock throwers be moved speedily forward. Such tactics were utilised – unsuccessfully – by Israel during the first Intifada.

Palestinian Authority President Mahmoud Abbas sent an urgent message to the US on Sunday, requesting its intervention against Israeli policies in Jerusalem, and in particular attempts to change the status quo in the al Aqsa mosque compound (Temple Mount).