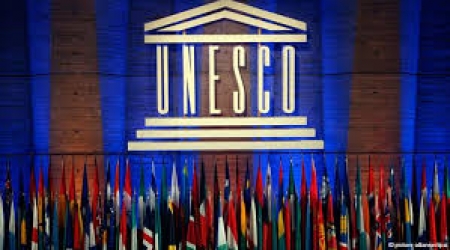 The Executive Board of UNESCO has approved, upon its 195th session, the recommendation of Jordan and Palestine to redefine Israel, according to international law, as an occupying power.According to Al Ray Palestinian Media Agency, Jordan and Palestine, supported by Arab, Islamic and international consensus, submitted a set of recommendations with regard to Israeli violations in Jerusalem, the Mughrabi Gate, Hebron and Gaza, in addition to various educational institutions.

All of the recommendations have been listed under the title ‘Occupied Palestine’. The decision reportedly stresses the definition as an occupying power, under international law, for Israel and all of its policies imposed on lands militarily occupied since 1967.

It also explains that any change to the status quo, as it was before 1967, is a violation and an illegal occupational practice.

The board adopted the recommendation of Jordan’s King Abdullah II to take all necessary procedures , including legal measures, to end the Israeli aggressions and violations against al-Aqsa mosque and other holy sites.

In addition, the decision strongly denounced the escalation of actions by Israeli authorities as well as plans to move against the holy site, noting all violations committed against the Mughrabi Gate — calling Israel , as an occupation power, to enable the Jordanian Ministry of Religious Affairs to reface the Mughrabi gate road and to build the Jordanian design of the bridge leading to the gate.

It demands that Israel halt current excavations on the site and respect the decisions of UNESCO, in this regard.

Furthermore, it calls upon Israel to respect the guarantees that it provided not to make any changes to the status quo which existed at the site before 1967, urging it to accept the UNESCO mission to Jerusalem and Mughrabi gate.

The statement condemns the ongoing Egyptian-backed Israeli blockade on the Gaza Strip and the attacking of civilians , children, schools, educational institutions in Gaza.

It equally calls on Israel to adhere to its agreement to lift the siege according to the 2014 Cairo Agreement.

It denounced the recurring Israeli violations in Hebron, denying Palestinians freedom of movement and the freedom of access to places of worship, further calling on Israel to stop these violations under the conventions of international law and agreements and decisions of UNESCO.