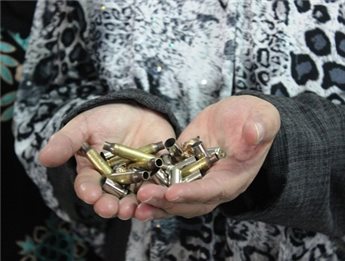 The initial autopsy report of a Palestinian man slain by Israeli soldiers, early this week, reveals that he was shot all over the body at least 20 times and that his death was caused by severe bleeding from his chest, neck, hands, legs, lungs, and heart.The report is expected to add fuel to allegations by Palestinians that Israeli officers charged with the arrest of 32-year-old Mutaz Hijazi, on suspicion of potential involvement in the shooting of right-wing U.S.-born rabbi Yehuda Glick, late Wednesday, instead executed him, according to Ma’an correspondence.

Lawyer for the Addameer Palestinian prisoners’ rights group Muhammad Mahmoud said, Friday, that he had received the autopsy reports from the director of the Abu Kabir Forensic Institute, where the autopsy was held.

Mahmoud stated that four of the bullets struck Hijazi in the chest area, including the heart and lungs — six hits in his neck area, one in his shoulder, one to the right thigh, two in his right arm, one in the pelvis, three in his right leg and four in left leg were additionally reported.

Mr. Mahmoud said that the bullets in Hijazi’s arm had ‘deformed and crushed’ his bones, and that the autopsy further revealed that different types of bullets had been used, presumably from a number of different weapons.

Ma’an further reports that the killing of Hijazi set off a torrent of anger across Jerusalem, and is considered by many to be the second extrajudicial killing of a Palestinian in a week in the city by Israeli forces.