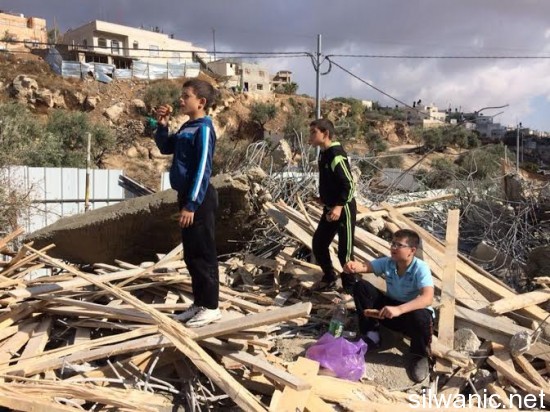 It added that the soldiers, accompanied by bulldozers and personnel of the City Council, invaded the neighborhood nearly at 6 in the morning, and surrounded Wad Yasoul neighborhood before invading the home of Abu Rajab and forcing the family out, and demolished their home.

Abu Rajab’s home is a two-story building that was constructed nearly five months ago; he lived in the first floor with his eight-member family, including his mother, while his brother Ahmad was preparing to move into the second floor.

Abu Rajab said the soldiers invaded his property and forced the family out without even allowing them to remove their furniture and property.

In addition, resident Issam Abu Sbeih said he built his home a few months ago to live with his five family members, including his physically challenged child.

He moved into the first floor of the building last week, and was still constructing the second floor.

The soldiers also demolished two more homes belonging to members of Abu Sbeih and Borqan families, in the same neighborhood, while at least 36 Palestinians have been rendered homeless.

The families said the destruction comes as part of Israel’s collective punishment measures meant to stop the ongoing protests to Israeli violations and attacks, including unreasonable fines imposed on home and store owners, in addition to the extremely high taxes imposed on them.

Also in Jerusalem, the army released Sahar Natsha, after holding and interrogating her at a police station in the city.

The police agreed to release her under the condition that she will not be allowed into the Al-Aqsa Mosque for two months.

Natsha was kidnapped on Monday morning when Israeli MK, Shuli Mualem-Rafaeli, of the “Jewish Home” carried out a provocative visit to the mosque compound. http://www.imemc.org/article/69590 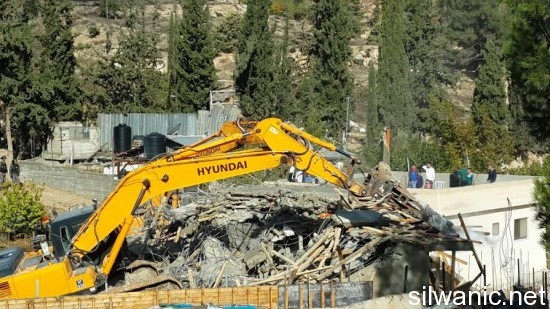 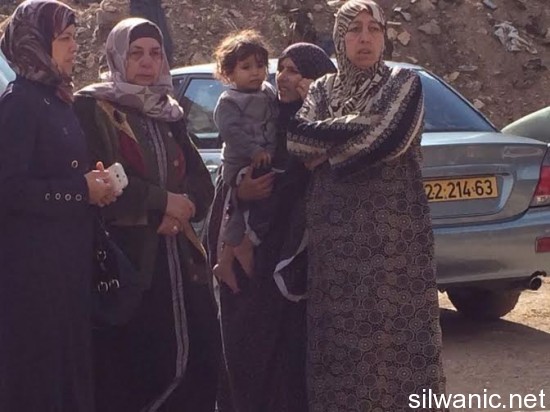