Army Denies Hundreds Of Worshipers Access To The Al-Aqsa Mosque 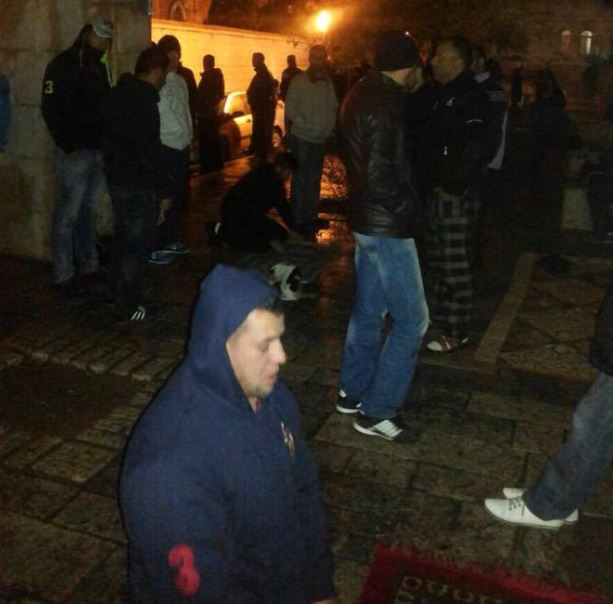 Hundreds of Palestinian Muslims had to perform dawn prayers in the streets and alleys of the Old City of occupied East Jerusalem, after Israeli soldiers and police officers denied them access to the Al-Aqsa Mosque for dawn prayers.Local sources said the soldiers continued to prevent all Palestinians males, below the age of 40, from entering the mosque during dawn and morning hours for the third consecutive day.

The WAFA News Agency said dozens of Israeli extremists invaded the yards of the Al-Aqsa Mosque during morning hours under heavy police and army deployment.

Similar to numerous previous invasions, the attack took place through the Al-Magharba Gate, while the extremists conducted provocative tours in the entire area of the mosque.

Israeli fanatics are planning to invade the mosque area in large numbers, Wednesday, while the Palestinians said they would be countering the attack, WAFA said.

The Wednesday invasion marks a week after the attempted killing of extremist rabbi Yehuda Glick, while hundreds, if not thousands, of fanatics are said to be participating in the attack.

A statement released by the so-called Temple Mount Movement called for thousands of Israelis, including Members of Knesset and senior figures, to gather near the Al-Magharba Gate, before advancing into the mosque’s yards to “perform prayers,” WAFA stated.