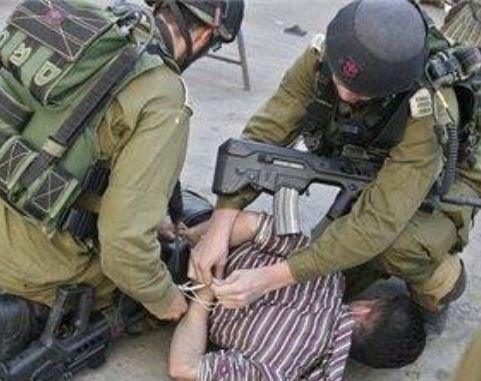 The army recently kidnapped dozens of Palestinians, including several children in numerous invasions in Abu Dis, southeast of Jerusalem.

Lawyer Bassam Bahar, head of the Abu Dis Lands Defense Committee, stated that dozens of youths have been kidnapped, and many injured, in Abu Dis, especially during the latest Israeli aggression on Gaza.

Many of the kidnapped Palestinians are still held by Israel, including two teenagers identified as Yacoub Jamal Bader, 17, ‘Odai Yousef Bader, 19, and a child identified as Baker Dandees.

Bahar said all of the kidnapped Palestinians are below the age of 20, and that the soldiers held, last week, both the father and brother of Yacoub to pressure him into handing himself in to the army.