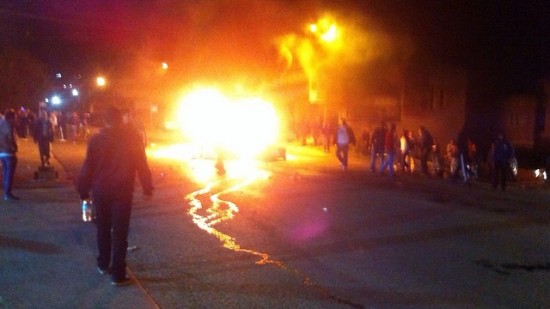 The Israeli Police shot and killed, shortly after midnight, a young man in Kafr Kanna village in the Galilee, after alleging that he attempted to stab a police officer.The Arabs48 news website has reported that Kheir Hamdan, 22 years of age, was seriously injured by police fire, and died shortly after being moved to a hospital in ‘Affoula.

The police claims that a number of police officers went into the village, shortly after midnight Friday night, to apprehend a person, and that the officers “felt threatened and opened fire,’ wounding Hamdan in his upper body.

Medical sources said Hamdan, who was not the person the police wanted to arrest, suffered various gunshot injuries to his chest, and died of his wounds.

According to Israeli Police Northern District spokesperson Moshe Weitzman, the police went to Kafr Kanna to arrest a person accused of throwing a grenade during a local fight, and that Hamdan “ran towards the police while wielding a knife.”

He alleged the police fired live rounds into the air, before firing directly at Hamdan.

The Arabs48 said dozens of police vehicles headed to the village after the shooting, and closed several roads.

Eyewitnesses denied the police claim, and said the situation could have been contained by other means, without using violence, adding live rounds fired by the police struck that one home.

They stated that the police murdered Hamdan, as he never posed any threat to them, and did not attempt to attack them.

Following the fatal shooting, several local youths protested in the streets, and burnt tires on the main road, while the village declared a general strike Saturday.

His family issued a statement saying Hamdan is the second member to be killed by the police, as the first was shot several years ago in Sahel Kafr Kanna (Kafr Kanna Meadow).