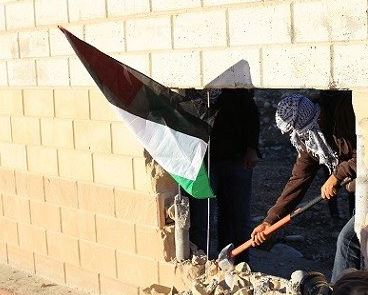 They added that this activity comes to mark the 25th Anniversary of the fall of Berlin’s Wall, and that “as the Berlin Wall fell, the Annexation will in Palestinian will fall, along with the occupation and its figures.”

The activists said the Palestinians in every part of Palestine are preparing for the era of the “Jerusalem Intifada,” and that this Intifada would be the final stage before liberation and independence.

They also said more activities will be held in the coming days, marking the death of late President Yasser Arafat, and the Declaration of Independence of November 14, 1988.’