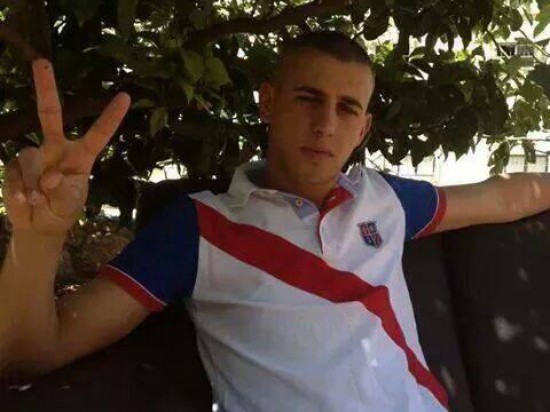 Cashes took place, Saturday, between dozens of Palestinians and Israeli police officers, in Kafr Kanna village, in the Galilee, following the fatal police shooting of a young man.Local sources said dozens of youths burnt car tires, and closed the main entrance of their village, before clashing with police officers who used excessive force against them.

The clashes erupted after the police shot and killed Kheir Hamdan, 22, shortly after midnight, allegedly after he tried to stab an officer.

The villagers declared a general strike to mourn Hamdan.

The police said Hamdan attacked their car, banging on it with what appears to be a knife.

A home video published on the internet shows the incident, and how the police repeatedly shot him despite the fact that they could have contained the situation without resorting to lethal force.

The young man seemed to have been banging on the police car with an object, but started to retreat when the officers stepped out, and repeatedly shot him.

The police then violently carried the wounded man from his limbs, and shoved him in their car before driving away.