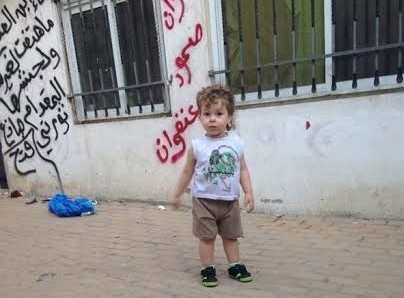 The Wadi Hilweh Information Center in Silwan (Silwanic), in occupied East Jerusalem, has reported that the Israeli army issued an arrest warrant against a two-year-old child, and that the army told the family he is “wanted” for questioning by the security forces. The family said that an Israeli security officer, accompanied by several soldiers, stormed their home, and told them they have an arrest warrant for their child, Hamza Hatem Zeidani, and that they asked the soldiers, whether they realize they are after a 2-year-old child.

The soldiers actually confirmed they are coming after the child, and the family told them he lives in the house next door, but the soldiers did not go there to arrest him.

Earlier on Wednesday, the soldiers kidnapped four Palestinians from Silwan and the Suwwana neighborhood, after searching and ransacking their home.

Members of the Zeidani family said the soldiers confiscated three computers from their home when they kidnapped their son Mohammad.