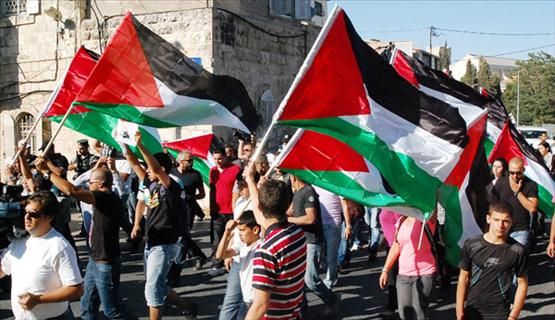 Palestinian medical sources have reported, Friday, that a Palestinian man was shot by a live round, while many suffered the effects of teargas inhalation during clashes with Israeli soldiers near the Qalandia terminal, north of occupied East Jerusalem. Local sources said that dozens of residents, accompanied by international peace activists, peacefully marched on Friday afternoon towards the Qalandia terminal, carrying Palestinian flags and chanting against the ongoing Israeli occupation and the escalating violations.

One Palestinian was shot by a live round in his leg, and dozens of others suffered the effects of tear gas inhalation.