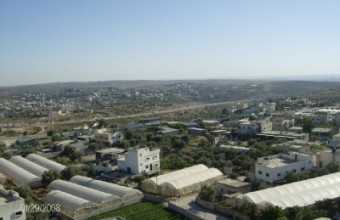 On Thursday, November 13th, the Ambassador for Palestinian Affairs and Representative of Japan to the PA, Junya Matsuura attended the opening ceremony of the project for ‘Rehabilitation and Upgrading the Electricity Network in Zawiya’, funded by the Government of Japan in March of 2014, through the Japan’s Grant Assistance for Grassroots Human Security Projects (GGP).PNN reports that, with a grant of $121,770, the Municipality of Zawiya rehabilitated some 4,300 meters of the existing power distribution network and installed two new transformers in order to improve the chronic overload and power supply quality and, thus, stimulating economic activities in the city and improving public services for 900 households.

Mr. Matsuura emphasized, in his speech, Japan’s firm commitment of supporting the Palestinian people from human security perspective, as well as the importance of implementing social and economic development projects needed for Palestinian communities.

Since 1993 the Government of Japan has extended its official development assistance by approximately $1.50 billion to the Palestinian people. GGP projects have been formulated in collaboration with the Palestinian Authority through MoPAD since 2010.

In a recent press statement, the government of Japan strongly denounced the escalation of clashes at al-Aqsa compound, in Jerusalem, and expressed appreciation and support for efforts by Jordanian, Israeli and Palestinian officials to calm the situation, during a recent visit to Amman by U.S. Secretary of State John Kerry.

Earlier in November, the Japanese government again denounced the Israeli decision to advance plans for constructing new housing units in occupied East Jerusalem, urging both Israeli and Palestinian sides to act in enhancing mutual trust, and to continue making steady efforts for peace.