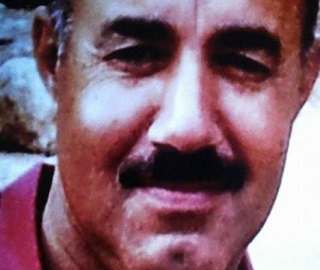 Medical sources reported, Sunday, that a Palestinian shepherd was killed when an Israeli explosive, dropped by the army during training, detonated near him in al-Marah area, close to Bardala village, in the Northern Plains of the occupied West Bank.The sources said that Ahmad Abdul-Rahman Sawafta, age 44, was herding his cattle in the area when he accidentally stepped on the explosive.

His brother, Samer, told Al-Jazeera News Agency that Sawafta lost parts of his face and shoulder, due to the severity of the blast.

He added that Israeli soldiers stationed in the area provided first aid to his brother and moved him to the Rambam Israeli Hospital in Haifa, where he died of serious wounds.

Samer said that the area in question is a grazing land used by dozens of Palestinian shepherds, yet, the Israeli military constantly uses it for training using explosives and live fire, and that the army frequently invades Palestinian communities in the area during training.

The slain Palestinian is a married father of five children; he will be buried in his village, Bardala in the district of Tubas, on Monday.

The Israeli army repeatedly displaces Palestinian families in the area, sometimes for weeks, so that it can hold training using explosives and shells.

‘Aref Daraghma, head of the Wadi al-Maleh and Northern Plains Local Council, states that Israel continues to violate the basic rights of the Palestinians by constantly displacing them and using their communities as training grounds for the military, in addition to ongoing and escalating assaults carried out by extremist Israeli settlers.

Daraghma added that, on Saturday, a security officer of an illegal settlement in the area, and two other armed fanatic colonizers, chased a Palestinian shepherd, identified as Hilal ‘Adel Daraghma, and violently assaulted him, before holding him captive in Maskiot settlement.

Back in August, a Palestinian teenager was killed, and his brother was seriously injured, when an Israeli landmine detonated as they were herding the family sheep, east of Tammoun town, in the Northern Plains.

The slain teen has been identified as Mohammad Eshtayya, 17 years of age.