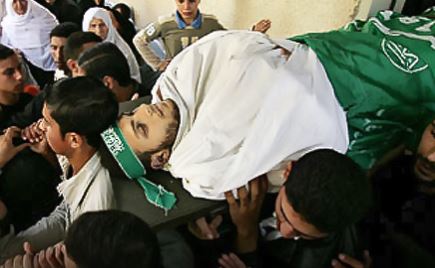 The Al-Qassam Brigades, the armed wing of the Hamas movement, stated Tuesday that one of its fighters was killed during training, east of Gaza City.The brigades said the fighter, identified as Abdullah Mojahed ‘Oleyyan, 18 years of age, is from the Tuffah neighborhood in Gaza City.

It added that ‘Oleyyan was killed during training on Monday evening, adding that it will continue its mission “to protect the Palestinian people, and defend their legitimate rights until liberation and independence.

There have been several fighters who were killed during training in different parts of the coastal region, while many died during tunnel accidents, mainly in Rafah, in the southern part of the Gaza Strip.

The Al-Qassam Brigades is the biggest armed resistance groups in the Gaza Strip.