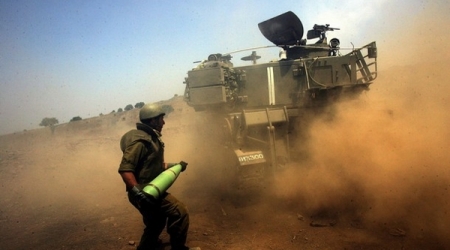 According to Al Ray, the new reviews come following recent reports of a Palestinian killed by Israeli soldiers, near the border fence, in the Gaza Strip.

A spokesperson for Britain claimed that the August reviews reflect that most licensed exports to Israel do not includes materials used in the Gaza assault.

Furthermore, in July, a British parliamentary committee issued a report stating that the outstanding contracts approved by the government include export of dual-use or military goods to Israel. It estimated the cost of these goods up to 7.8 billion pounds (US $ 12.3 billion), and includes contracts to provide body armor components, unmanned aircraft and missile parts to Israel.

A group called ‘Campaign against the Arms Trade’ recently published an analysis which shows that Britain had approved military licenses to Israel worth 7 million pounds, just six months prior to the war on Gaza.

The government says that it does not cast doubt on the figure.