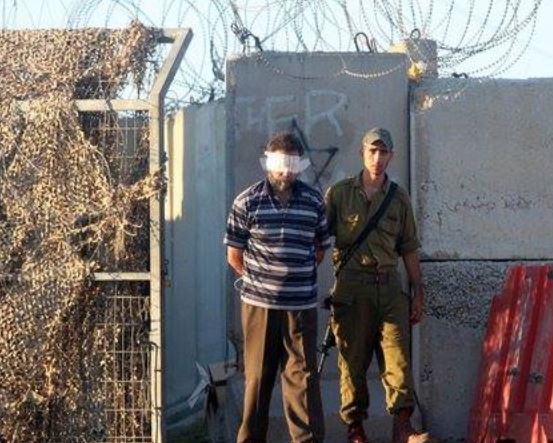 The kidnapped has been identified as Tamer Farooq Sharaf, 24; he was taken prisoner from his home in the Northern Mountain area, in Nablus.

Soldiers also kidnapped a young Palestinian man, 18 years of age, near the Za’tara roadblock, south of the northern West bank city of Nablus, and took him to an unknown destination.

The army claimed the Palestinian, who remained unidentified until the time of this report, “carried a knife.”

Also in Ramallah, soldiers invaded Deir Ammar village and Beitello town, broke into several homes, and used the rooftops of a number of homes as military towers.

The army also installed roadblocks blocking the entrances of the village, stopped and searched dozens of cars, and interrogated the passengers while inspecting their ID cards. The soldiers withdrew later on; no arrests were reported.

The three have been identified as Ali Ibrahim al-‘Abbassi, 25, his uncle Khaled Ali al-‘Abbassi, and his relative Emad Mhanna, 27.