Army Confiscates Dozens Of Dunams Of Palestinian Lands Near Ramallah 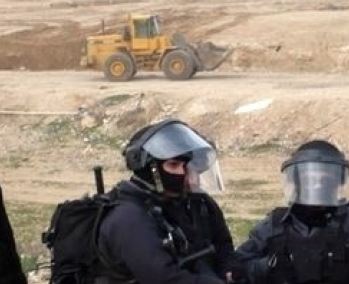 Wahdan added that the order only stated the lands would be used for military purposes,.

He said the villagers intend to challenge the order in Israeli courts in an attempt to void it.

The village lost hundreds of Dunams of agricultural lands in three main areas when Israel started the construction of the Annexation Wall in Rantis village lands in 2004.

In 2004, the International Court of Justice issued an advisory ruling considering the Israeli Annexation Wall illegal, a direct breech of International Law, and called on Israel to remove it. Tel Aviv ignored the ruling. http://electronicintifada.net/content/international-cou…/1743