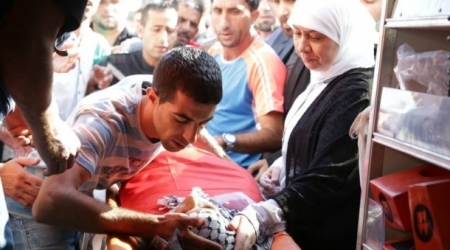 In a report issued on Monday, by Ahrar Center for Detainees’ Studies and Human Rights, Israeli occupation forces were said to have killed 9 Palestinians and detained 650 others, over the month of November.According to Al Ray, the report noted that 42 out of 650 people taken from the occupied West Bank, Gaza and Jerusalem, were minors, in addition to 17 women.

30 of the minors were taken from Jerusalem.

The report also mentioned that six journalists and two cameramen were taken from Jerusalem, as well, while lawyer Ibrahim Nawaf Al Amer was abducted from the city of Nablus, after a raid on his family’s home.

Fuad Khafsh, director of Ahrar, said that Israeli forces storm the cities of the occupied West Bank when and wherever they please, every day and night.

See PCHR reports on Israeli violations in the oPt for further documentation.