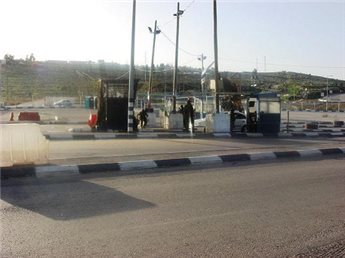 Israeli forces, on Monday, opened fire at Palestinian workers who tried to cross into Israel without permits near Jubara checkpoint, to the south of Tulkarem, according to witnesses.Witnesses told Ma’an News Agency that Israeli soldiers shut down the checkpoint in both directions, detaining a number of undocumented workers and deploying heavily in the area, following the incident.

There were no immediate reports of injuries.

An Israeli army spokesman stated that a number of Palestinians ‘approached the fence and began climbing the fence,’ and that soldiers fired warning shots in the air, telling them to stop.

When the workers did not stop, the soldiers detained them for questioning.

No information was given in regard to the number of Palestinians detained.

According to Israeli rights group B’Tselem, Israel has denied permits to tens of thousands of Palestinians, with some 15,000-30,000 Palestinians now working in Israel without permits.