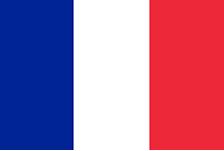 In a 339 to 151 vote, French Lawmakers of the Lower House of Parliament voted in support of a symbolic motion meant for the recognition of Palestine as a state, a move that was seen as an attempt to push the government to take more active measures towards the Palestinian cause, and the ongoing conflict.France previously said it intends to recognize Palestine as a state, while this non-binding resolution affirmed that France intends to recognize the “two-state solution” and the independent Palestinian State “when the proper time arrives.”

Commenting on the vote, the Israeli Embassy in Paris said the vote to recognize Palestine “will reduce the chances of achieving a peace agreement between Israel and the Palestinian Authority.”

Prior to the vote, Israeli Prime Minister Benjamin Netanyahu said the vote for Palestinian recognition “would be a grave mistake.”

The resolution that passed states that the French government is invited to recognize Palestine as a state, a move meant to present a conclusive resolution to the ongoing conflict.

French Foreign Minister Laurent Fabius told French members of parliament a week ago that the UN Security Council was working on a resolution meant to ensure the resumption of direct Palestinian-Israeli peace talks.

Fabius added that his government is ready to host international talks, and efforts, to push political talks into the right direction.

He said France is ready to talk initiative in holding an international conference, adding that a recognition of a Palestinian State is very important in the efforts to reach a final peace agreement.

The French Foreign Minister added that should all efforts to resume direct talks, and attempts to reach a resolution fail to achieve their desired goals; France will fully recognize Palestine as a state.