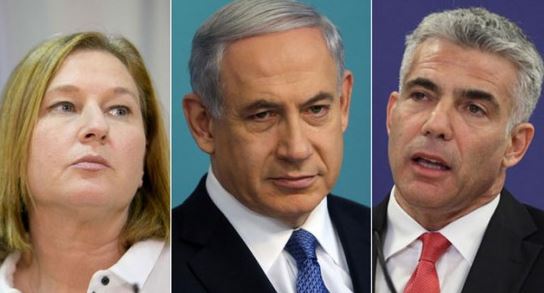 The Israeli leader has officially ordered Cabinet Secretary Avichai Mandelblit to issue letters terminating the two ministers for their constant criticism of himself and his government policies.

Netanyahu will soon call for dissolving the Knesset, so that the country can head towards new elections.

He said that Livni and Lapid have been “harshly attacking the government” he leads, and that he will not allow any more opposition to “from within the government.”

Following the decision to fire Livni and Lapid, four ministers, members of the Yesh Atid Party, said they are considering submitting their official resignation.

Netanyahu said he will call for dissolving the Knesset and for new elections.