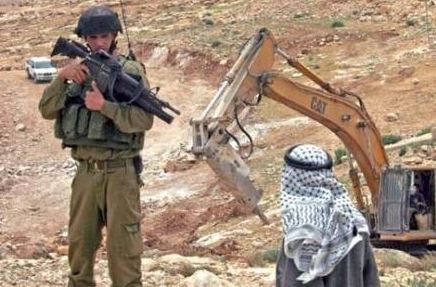 Several Israeli military vehicles invaded, Tuesday, Masafer Yatta and the al-Mafqara Bedouin communities, south of the southern West Bank city of Hebron, and handed destruction orders against residential tents, and structures.Coordinator of the Popular Committee against the Wall and Settlements in southern Hebron Rateb Jabour said the soldiers handed orders against a residential tent in Masafer Yatta, and three tents in al-Mafqara, near the Tiwani area.

Soldiers also photographed an elementary school in the area, an issue that raised fears among the residents that the army intends to demolish it.

Last month, the army demolished and removed a number of residential structures, sheds and barns in the area, and handed orders against several tents, barns and water wells in a number of communities near Yatta.