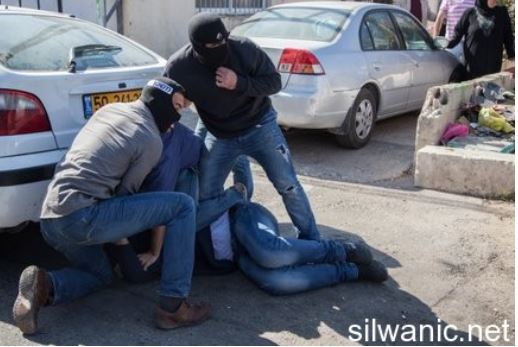 The Wadi Hilweh Information Center in Silwan (Silwanic), in occupied East Jerusalem, has reported Thursday that Israeli soldiers invaded the town, and kidnapped thirteen Palestinians, including an elderly man and his two sons.It said the soldiers kidnapped Mahmoud Abu Ghazala, 72, and his son Ali, 29, after the army invaded their home and ransacked it while searching for Abu Ghazala’s younger son, Majdi, who was not at home during the invasion.

The family lives in the Suwwana neighborhood in Silwan; the soldiers informed the family they were arresting the elderly father and the son to pressure Majdi into handing himself in.

The family said the soldiers violently searched their home before kidnapping the two, and took them to a police station in a nearby settlement, before moving them to the al-Maskobiyya detention and interrogation center.

Majdi eventually went to the Police Station in Salah Ed-Deen area in Jerusalem, and was moved to al-Maskobiyya before the soldiers released his father and brother.

On Friday afternoon, soldiers kidnapped a Palestinian identified as Jamil al-‘Abbassy, 35 years of age, after the army attacked a group of Palestinians celebrating the release of two political prisoners.

Silwanic said the soldiers kidnapped al-‘Abbassy for raising a Palestinian flag while celebrating the release of Ahmad al-Qaq and Eyad al-Qara’in.