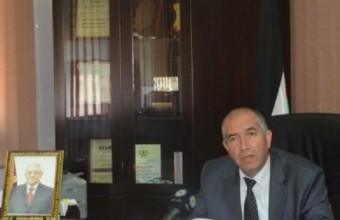 Hebron Mayor Dr. Daoud Al Zatari stated, Tuesday, that he had recently received an envelope at the Municipality, containing death threats and a toxic substance.According to the PNN, security and medical sources reported that the substance, which was later sent to the medical laboratory for examination, caused the Mayor’s secretary and two other employees to fall into a state of unconsciousness, upon opening the envelope.

The employees were sent to the hospital for treatment.

‘As citizens and officials, we are entitled to protect the rights of our people and land and reject these threats,’ Mayor Zatari said, and revealed that an extremist zionist organization called ‘Pulsa DiNura Committee’ is behind the attack.

Furthermore, a law court related to the committee has reportedly called for the death of the Hebronite Mayor for being ‘pro-Nazi’ and ‘anti-Semitic’ and for not denouncing the killing of the Jewish settlers in Hebron as a crime.

Hebron is a frequent stage for violent confrontations in the West Bank region. Just this past September, an Israeli settler ran over a 6-year-old child — a common occurence in the occupied territories.

‘The envelope contains another letter for President Mahmoud Abbas, calling him a Nazi,’ Al Zatari added.

The extremist group promised those threatened ‘a near death’ via deadly virus, PNN reports.