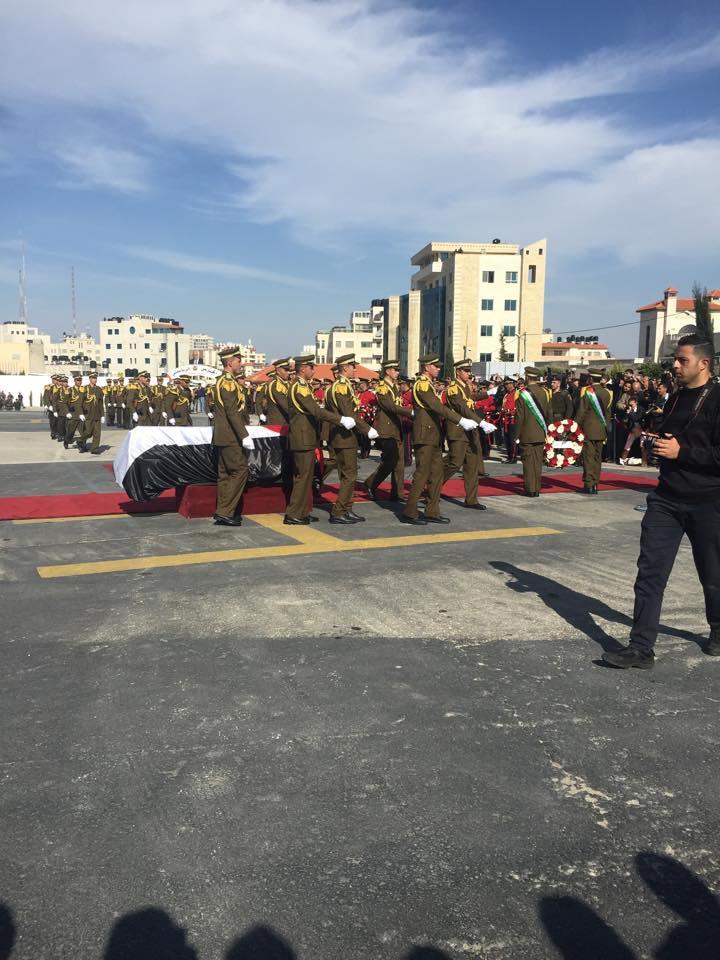 Thousands of Palestinians, government officials and President Mahmoud Abbas, attended on Thursday afternoon, the funeral ceremony of Palestinian Minister Ziad Abu ‘Ein, who was murdered Wednesday by an Israeli soldier during a nonviolent activity near the central West Bank city of Ramallah.The Palestinian Authority held an official burial ceremony for the murdered minister, while Arab members of Knesset Ahmad Tibi and Mohammad Barakeh also attended the funeral.

The prayers were held in front of the Presidential headquarters in Ramallah, before thousands marched, carrying the body of Abu Ein to the Shuhada Graveyard in the al-Biereh nearby town.

Member of the Fateh Central Committee Mohammad al-‘Aloul said the Palestinians will continue their popular resistance against the Israeli occupation, its illegal apartheid Wall and settlements.

He added that the Palestinian leadership will continue its international political moves, will head to the UN Security Council, and various international institutions to hold Israel accountable for its crimes.

“We will fight for our freedom, our independence; those are our legitimate rights,” he said.

Head of the Palestinian Detainees Committee Issa Qaraqe said Abu Ein died on the soil of Palestine, died standing like the trees he went to plant.

“His spirit, the spirits of every Palestinian murdered by Israel are spirits of heroes, like the rest of the Palestinian people who never surrender, and will continue to fight for their freedom,” Qaraqe said.

Qaraqe added that Abu Ein, like hundreds of thousands of Palestinians, was a political prisoner, repeatedly imprisoned by Israel, and “always stood with determination, telling the strangers, the occupiers, leave… this is our land.”

He further stated that the Palestinian leadership will hold Israel accountable for its crimes in international courts.

Abdullah Abu Rahma, coordinator of the Popular Committee Against the Wall and Settlements said Abu Ein always defended the rights of political prisoners, the Palestinian rights, the Palestinian lands, and always participated in nonviolent activities and protests against the Israeli apartheid Wall, and the Israel illegal colonies.

Former political prisoner Sedqi Al-Maqt from the occupied Golan also attended the funeral and said Abu Ein represents a great symbol of resistance and steadfastness, and that the murdered Minister spent his life fighting for justice for Palestine and the Arab nation.

Secretary-General of the Palestinian Liberation Front, Wasel Yousef, delivered a speech representing all national and Islamic factions, describing the murder of Abu Ein as another Israeli War Crime, a crime against humanity.

“This crime was carried out in front of the entire world,” Yousef said, “A crime committed by Israel on the International Human Rights Day.”

“It is unacceptable that the world just stands idle, watching Israel’s ongoing ugly crimes,” Yousef added, “Crimes that led to the death of Abu Ein, and dozens of thousands of Palestinians; the International Community must act and hold Israel accountable.”

Abbas: “Israel Must Be Held Accountable For Its Crimes”
http://www.imemc.org/article/69966 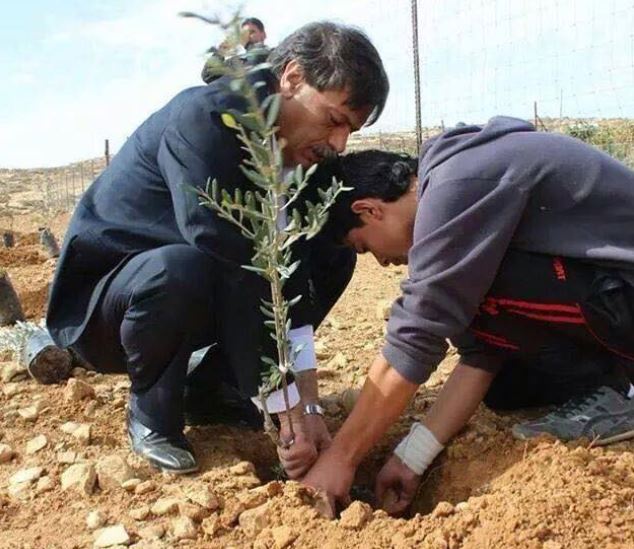