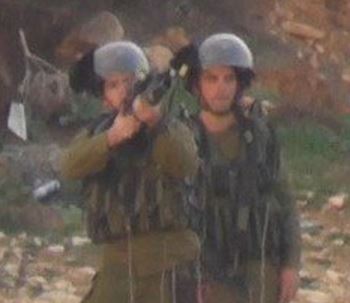 Palestinian medical sources have reported that dozens of residents suffered the effects of teargas inhalation after several Israeli military vehicles invaded the Safa area, north of Beit Ummar town and Hebron city.Mohammad Awad, Spokesperson of the Popular Committee against the Wall and Settlements in Beit Ummar, said that Israeli soldiers fired dozens of gas bombs and rubber-coated metal bullets at local youth who hurled stones at the invading forces.

Awad added that local medics provided treatment to the wounded, and that the soldiers chased scores of youngsters into Palestinian agricultural lands, but were unable to kidnap any of them.

The army frequently invades the Safa area, an issue which leads to ongoing confrontations and clashes, while extremist settler groups subject residents and Palestinian orchards to frequent attacks, especially since some Palestinian homes are nearly around 30 meters away from Gush Etzion.

They added that the children, 10-11 years of age, have been identified as Tawfiq Najeeb, Zakariyya al-Bakry, and Mustafa Abu Sneina.