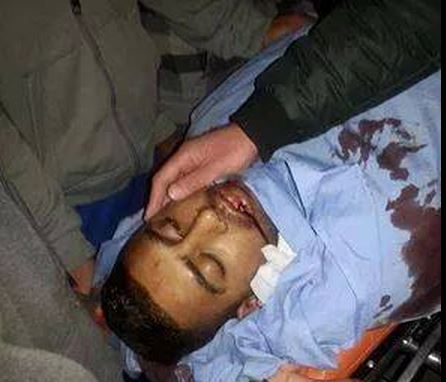 Israeli soldiers invaded, on Tuesday at dawn, the Qalandia refugee camp, in the central West Bank district of Ramallah, shot and killed a young Palestinian man with a live round to the head.Medical sources said the soldiers shot Mahmoud Abdullah ‘Adwan, 21 years of age, seriously wounding him to the head, and prevented Palestinian medics from reaching the heavily bleeding Palestinian.

The sources added that the medics eventually managed to reach the seriously wounded man, and moved him to the Palestine Medical Center in Ramallah, where he died of his serious injury.

Eyewitnesses said dozens of soldiers invaded the camp, during early dawn hours, to kidnap some Palestinians, an issue that led to clashes with scores of local youths.

The army later kidnapped a Palestinian, identified as Mojahed Mazen Hamad, 26, and took him to an unknown destination.

According to the Israeli military, Palestinian fighters exchanged fire with the invading soldiers, threw an explosive charge at them, and that the soldiers shot and injured two Palestinians. The army reported no injuries among its soldiers.